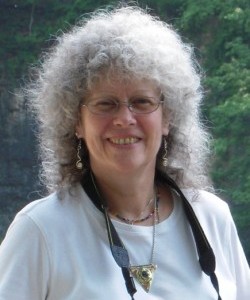 My journey with laughter yoga began in 2007 when I received an e-mail inviting me to a leader training in South Africa. Attending that training was not an option for me, so I began doing research and discovered a training much closer to home near Chicago. The profound experience of this training changed my life in a powerful way. I felt lighter, energized and more joyful than I had most of my life. Most important though was a deeper realization of the power within to create the life I wanted to live. I’d been on a spiritual path for a long time with the main focus being soul empowerment, but this experience brought a new dimension and level of integration. I realized from my own personal experience that laughter yoga really does make you healthier, happier and wiser.

This was tremendously important to me since my professional work/life purpose focused on assisting individuals with becoming Self actualized and laughter yoga was assisting me in that process as well. The Center for Soul Empowerment, which I founded in the early 90’s, was created to support the awakening of individuals to the power that lies within. I could see clearly how laughter yoga beautifully supported my passion for empowering others.

Soon after becoming a CLYL, I began offering a free laughter yoga club in the meeting room of a library near Cincinnati, OH. The Joyful Healing Laughter Yoga Club continues to this day and is the class PBS Nova filmed. I also began facilitating laughter yoga for businesses, conferences, wellness programs and community organizations.

In one very special experience, I was facilitating laughter yoga with a community of special needs individuals. A young autistic man with a helmet on (to protect his head) seemed quite distant and unaffected when we first began. By the time we ended, he and I were eye to eye, smiling, clapping and laughing while saying to each other, “HO HO Ha Ha Ha! We made a deep connection, which usually takes a very long time to happen. Each opportunity I have to facilitate gives me the chance to witness another level of the transformative power of laughter yoga.

Because of the profound experience at the leader training in Chicago, I knew I wanted to attend Dr. Kataria’s teacher training later that year. I loved doing laughter yoga and wanted to integrate further what I already learned as well as be able to train others so they could bring laughter yoga into their own lives and communities. I began offering the 2 day CLYL training’s in 2008.

In February 2012 I received a call from Katie Bauer who was working on a documentary for PBS. The film was for a PBS NOVA science Now show focusing on “What Makes Us Human”, and was going to explore the evolution of language, Neanderthal and laughter. Katie and I enjoyed a long, laughter filled conversation about laughter yoga and the question arose about coming to Cincinnati to film my laughter yoga class. I enthusiastically said, “YES!” and the excitement continued to grow as the date of the filming grew closer.

In April 2012 the production company arrived at the Sharonville Library to film the Joyful Healing Laughter Yoga Club. Everyone participating was excited and came wearing their playful, colorful socks, which is encouraged in my LY club. Preparation was needed before the filming began and two of the photographs below capture interactive moments with the PBS producers and myself. Throughout the filming everyone was affected by the contagious laughter, even the film crew. David (the producer) later shared with me how much fun they had editing the film and how it brought the whole experience back once again with lots of laughter.

The show was scheduled to air in October 2012 and on October 10 it did… but without our laughter yoga segment. The executives at PBS make all the final decisions about what’s in and what’s out… and they wanted to see more footage of the babies laughing. David (the producer who filmed us) wanted to present our laughter yoga session in a good way, but with the cuts the executives made it didn’t leave him the ability to do so. He really didn’t want to just throw in a few shots without giving it the integrity it deserves. I really appreciate his integrity and honor his decision.

So… we continue to HO HO Ha Ha Ha and accept the flow of life, keeping our eyes open for more opportunities to bring joyful, healing laughter to the world. :) I deeply appreciate all who participated in the filming. It was a great experience and we were stellar! ;)

Judi’s next CLYL training is November 10 & 11, 2012 in Cincinnati, OH – judi@joyfulhealinglaughter.com