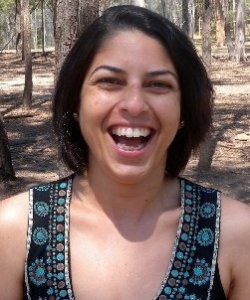 About a year ago, I heard a very brief story about Laughter Yoga on TV. My work at the time centred on Preventive health education. My years in private practice had led me to believe that about 95% of all physical condition starts in the mind, and research seemed to back this up. This was a good thing because it suggested there was something we could do about it.

I Googled Laughter Yoga. The more I read about it the more excited I became as to what a useful tool it was for Preventive health. My father, a doctor, had always extolled the virtues of laughter as being the best medicine and Laughter Yoga seemed to be the perfect delivery system for this medicine. I signed up for the leader training straight away. It was a very exhaustive day, but the amazing thing was that after such an intensive training and a day filled with theory and a lot of laughter I wasn’t tired. I actually felt quite energized.

Since starting Laughter Yoga, I find I have eased up a lot. I was never a one to take things too seriously but now I find I laugh at trivial things quite easily. In fact, a day doesn’t go by now when I don’t laugh at least a couple of times a day. A great bonus is that my tummy has become quite toned from regular laughing. Believe me I would rather laugh than do crunches any day!

One of the most wonderful effects of Laughter Yoga has been the difference in my husband. He was what would commonly be called a ‘stresshead’ – it didn’t take much to set him off. Since being introduced to Laughter Yoga he is able to laugh things off much more easily now. It is not unusual now to hear him in his office in our home going ho ho ho ha ha ha and then bursting out into a huge fit of laughter. This leads my teenage children to start laughing which is wonderful as teenagers don’t seem to laugh much these days. Hearing my husband laugh instead of cursing is such a joy. He has also utilised the breathing exercises and seems to snore less as a result which is very pleasant for me.

In the last year following the global financial crisis we lost a significant amount of money. My husband did not handle this stress well and became increasingly difficult to live with. This was echoed to me by our children. Although I still loved him, I didn’t like who he was being very much. For a variety of reasons, I considered ending our marriage of 18 years. In June (5months ago) my husband reluctantly accompanied me to a Laughter Yoga workshop led by Dr. Kataria. I am not exaggerating when I say that by the end of the couple of hours, signs of transformation had occurred. He is not normally very social (I am) yet he wanted to go for coffee with all the people he had just met. The next day he commented on what a workout his abdominals had got (He is a fitness trainer and very fit). To his credit, he practised Laughter Yoga nearly everyday on his own and the transformation continued. He became easier to relate to, handled stress better and joked more. His outlook was far more positive. Our communication improved significantly. I started to like him again. I think it would be fair to say that Laughter Yoga may have saved our marriage.