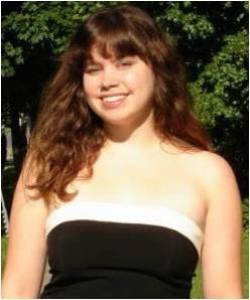 Laughter Yoga isn’t for everyone, but it’s been an absolute gift for me and has been a remarkably powerful force in my diabetes management. The activity itself doesn’t lower my blood sugar — although one study found lower post-prandial blood sugars among Type 2 diabetics who attended a comedy show compared to those who sat through a boring lecture. For me, laughter helps in a few different ways:

I laugh at frustrating blood sugars. A few Laughter Yoga exercises teach us to let go and laugh about things outside our control — e.g., the bus leaving without you, a broken vase, the stock market, etc. After learning to snicker on the subway platform instead of getting exasperated at slow trains, I got to thinking about what else in my life is outside my control that I get unnecessarily stressed about. And after a day of infuriating BG readings, I thought: Just laugh. I forced a “ha,” then a chuckle. I made myself laugh until the anger began to dissipate — and then, I was pleasantly surprised to discover, it was hard to make myself stop. I cannot rearrange the past and change that number on my meter, just as I have no power to make the trains come faster. What good will come of twisting myself up in knots of fury? I take note of my blood sugar and adjust for the future, of course. I can still be peeved about it. But now, I laugh more — and I really do feel calmer about the roller coasters.

Laughter Yoga teaches me to cope with greater stresses as well. I have made myself laugh while paying $360 at the pharmacy for supplies, at lost sleep from 2 AM low blood sugars, and when I had 3 ultrasounds in one day because my kidneys were going awry. One of the guiding principles of Laughter Yoga is “fake it ’til you make it.” There are no jokes in Laughter Yoga, no stand-up, no comedy. Everyone starts off with fake laughter until, through silliness and eye contact and the pure contagion of laughter, you start laughing for real. Many people report feeling happier at the end of the session than the beginning. We laugh first — and then feel happiness. It’s because of this that I can laugh at diabetes.

We live with this disease every single day, and we’re going to keep living with it — and dealing with its daily hassles — for years to come. Given that… aren’t we going to drive ourselves crazy if we don’t laugh about it?