Laughter Yoga Has Taken Over My Life 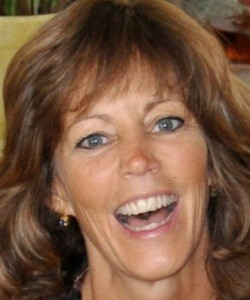 My first laughter club experience was with Sparkie Lovejoy. After doing the Laughter Yoga Leader training with Jeffery Briar she was inspired to start a daily laughter club to support her commitment to laugh every day for 40 days. The Santa Rosa Laughter Club met every morning about 10 minutes away from my house. Sparkie’s laughter sessions were playful and energetic filled and with childlike playfullness. Sometimes her 4 year old son would join us for some of the laughter exercises.

I have always been a happy person, but I am not a comedian or clown and do not have a sense of humor. I was instantly hooked on laughter yoga because there is no need for jokes or humor. I was coming to the club several days a week. When I found out Dr. Kataria was coming to California to do a Laughter Yoga Teacher training the first week of October, 2007, I knew I had to do it. I was already leading Sparkie’s laughter club when she went out of town to be with her dying father, and I was sharing laughter yoga exercises with my students. I teach public speaking and cross cultural communications at Santa Rosa Junior College. And I also do peer mediation/conflict resolution training with Junior High and High School students. I wanted to go to the laughter training so I could share more joy and laughter with more people.

I arrived at the training just before dinner. One of the first people that I saw was Jorge Zubieta. We both felt “love at first sight”. We got to know each other at the training and over skype, because he was from Mexico City. When Dr. Kataria came back to California for another Laughter Yoga Teacher training 6 months later we had a laughter wedding. We laughed every day. We started our own club, we went to Sparkie’s club, we taught Laughter Yoga Leader trainings in California and Mexico together. It was one of the best times of my life and also one of the most difficult times of my life. Because of cultural differences our relationship was not all Love and Laughter.

I have learned from personal experience, as well as witnessing others, that laughter is not only cathartic but it seems to open our hearts so that we can express all emotions more fully. The more our hearts are open, the greater our capacity is to feel. When Jorge and I were together I felt more love and joy than ever in my life and I also felt more sorrow and suffering than ever before in my life. I laughed everyday and I cried everyday. Sometimes the tears did not feel like they were warranted due to a current situation. From the outside it probably looked like I was overreacting to something that was said or done. From the inside there was often a witness that wondered if the tears and sadness were from a prior experience in my life, or maybe even a past life, that were able to be released because the love and laughter created a container that was big enough to hold them all. I even considered that some of it was not even mine, but the pain of the world.

For many reasons, after two years, Jorge decided to go back to Mexico. He continues to share laughter with others where ever he goes in the world. And since he left I have had more time and energy to develop my laughter practice. I have never been a person to set lofty goals to motivate and guide my actions. I actually think I am a bit lazy and undisciplined. After completing a bachelors degree in communications I went on to get a master’s degree, not because I wanted it, but because school was easy and I didn’t want to go get a real job. Then when I finished my master’s degree I started teaching part-time because I liked having a month off between the fall and spring semester and time off during the summer. I am grateful that teaching college part-time is not only something that I love, but also enough to pay my bills. So I have free time to dedicate to laughter. This is the first time in my life I have found something that motivates and inspires me. I can not get enough of it. It seems that laughter is taking over my life.

In the past 4 years I have

And now I am in India studying with Dr. Kataria to become a Master Laughter Yoga Teacher so I can go back to the States to share more joy and laughter with even more people. I laugh all the time now, alone, with others, and even when I don’t get the joke I still laugh. I am happier, healthier and more energetic. I love Laughter Yoga.