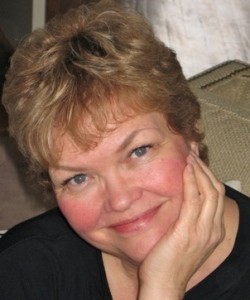 For several days I had been suffering with acute pain in my ribs, till last week when the reason for the pain was diagnosed as shingles. This was a first for me, but I had seen shingles in many of my residents, as well as my mother during her cancer. I knew what it was without even seeing a physician. I decided against any medication, not wanting to put yet more chemicals in my body; however, the pain at night was very severe – often waking me repeatedly. Honestly, laughter was the last thing on my mind, though I am a great believer in it.

Few days ago, I received a voicemail from a group I have never worked with before, asking if I could do a Laughter Yoga session with some of their clients. I called back and agreed I would be happy to. I did that session after a miserable night of shingles pain. I had tossed around the idea of canceling because I was so tired, but something kept me from doing that – and I am so glad it did. It was a small group, only 5 of us, but we moved, shook (something new I have added), stretched, danced and laughed a lot. Later that day, after the session, I realized I had had no pain. Even at night when the pain was always at its worst, there was nothing. Not even a twinge in the entire day. Laughter is really a powerful medicine!

Shingles is more prevalent in those over the age of 60, presenting primarily in those with compromised immune systems, cancer patients, and severe life stresses. Since my own situation agrees with all of the above, it is understandable that shingles raised their ugly heads. I wonder what would have happened had I not heeded the advice of Dr. Kataria, who told me months ago that I needed to laugh alone at least 15 minutes every day. The answer to that question, I will never know, but this I do know…

Laughter decreases cortisol levels, increases endorphins, thus decreasing stress, while allowing coping skills to work better. Additionally, the act of laughing (deep breathing) increases the flow of lymph which activates a greater production of natural cancer killer cells, as well as T and B cells, thus boosting our immune systems. It sounds to me, if I had faithfully “medicated” myself daily with a healthy dose of laughter, this might have never happened.

Be well my friends and LAUGH!