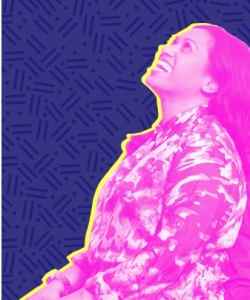 Some time back my boss sent me an article about the growing phenomenon of Laughter Yoga clubs, along with the simple directive: “You should do this.” It sounded great and as it turned out, it was. Initially reluctant, I’d hoped my class would be full of people I could hide among, but soon I found myself laughing and enjoying every minute of it. In Laughter Yoga people laugh simply for the joy of being alive. They look at each other and they laugh, they look at the sky and they laugh, they look at their toes and they laugh. They fall down, they cry, and then 10 minutes later they are up and they are laughing again. That’s when the practice of Laughter Yoga began to truly take shape. Joining a laughter class was one of the best things I’ve ever done for myself.

We all know it feels good to laugh, but laughter itself has physical and neurological effects on the body and brain. It also benefits the circulatory system, immune-system response, and even blood sugar regulation. Furthermore, the endorphin response to the physical act of laughter has been proven to have a significant impact on both mental state and physical well-being — even to the point of pain management.

The magic behind this concept is that the brain doesn’t know the difference between fake and real laughter.” All laughter is “real” on a physical and neurochemical level. So, it doesn’t matter if you’re genuinely tickled by reading anything funny or sitting in a room forcing yourself to go ha ha ha. A great connector, Laughter Yoga helped me change my approach to life and made me feel much lighter and more contented.