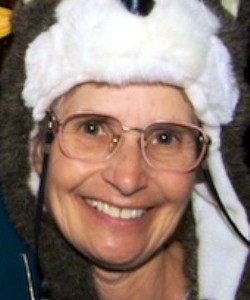 I was a very highly strung, spoilt, and emotionally neglected child who grew into a rebellious teen and a temperamental adult. Much of my life was a cycle of angry, hateful outbursts that would morph into long episodes of self-loathing and self-hatred. I would seek oblivion and comfort by sleeping up to 18 hours a day. When I would wake up, the cycle would begin again. My mother would say that she liked me best when I was sleeping. I agreed with her. As a result, I lacked confidence and drive. I experimented with drugs as an attempt to be anyone but me. I felt lost, angry, fearful and suspicious of the motives of others.

I had two very tumultuous marriages with very fine men but my immaturity, lack of integrity, lack of industry and my critical and hostile nature drove them away. I continued to create pain and heartbreak in my life until I got involved with Recovery-International: an umbrella group of Abraham Low Self-Help Systems about 20 years ago. Up until then my parents and I had spent thousands on psychiatric care in an attempt to turn my life around and to turn me into a well balanced person.
With time and practice, Recovery helped me make the transition from a “hopeless” case into an average person who occasionally has set backs. I have a third marriage to a wonderful man who is truly my best friend. I had a very underdeveloped sense of humor. In my family, we seldom laughed or joked. In the fall of 2009, I had a particularly debilitating set back and found myself anxious, afraid, and panicky. I couldn’t sleep (which was a new one for me!) People who knew me did not really know that this was going on because as a Recovery leader, I put on a brave face so as not to disrupt the group. I did not want to discourage newcomers. But I knew that I needed help. I do not benefit from traditional psychiatry and have an aversion to it. That’s when I heard about Laughter Yoga.

I attended a group at our local senior center. I liked it and began to relax a little and looked forward to our weekly sessions. Gradually, I regained my health and decided that I wanted to become a laughter club leader. My husband attended and liked it but didn’t really choose to participate. When we attended the teacher’s training in Chicago April 2010, that all changed. He is totally in love with Laughter Yoga. Today, we laughed on the phone for about 10 minutes when I was stuck in commuter traffic. We are looking forward to starting an outdoor laughter group at a neighborhood lake. I work in the mental health community as peer support and introduce the concept to the people that I serve. In the meantime, I walk around the lake and on the street laughing out loud. I practice the breathing and laughing when I am driving or walking the dog. My husband and I are really dedicated to increasing laughter in our own lives and in the lives of others. Thank you so much, Dr. Kataria for bringing so much joy and celebration into our lives.