Laughter Yoga Brought Back Laughter In My Life 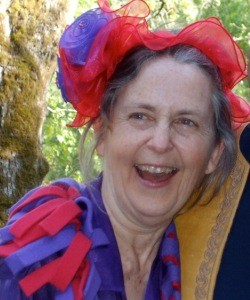 I first saw your “Laughing Clubs of India” documentary on January 15, 2008. I had always loved to laugh, but your idea of laughing for no reason was completely new to me. I instantly knew, after watching the film, what was missing from my life – it was spontaneous, unconditional laughter and the ability to laugh anytime I wanted. The film inspired me and I felt relieved that I had found something to help me get back my laughter. Soon after, I trained with Sparkie Lovejoy and Monnet Zubieta in Sebastopol, California to become a Laughter Yoga leader.

Though I had started laughing alone after seeing the film, but this January, 2010, I saw your film “Laughing Alone” on You Tube. I felt so enchanted and inspired that I began experimenting with laughing silently and aloud throughout the day. Before that, I had always been concerned about disturbing others, and did my laughter in the bedroom closet!

Once certified as a LY leader, I started hosting the Laughter Yoga free call line. I have been having so much fun and have felt so connected with the people who call in, as well as calling to laugh on other call hosts’ calls, that I decided to host a second daily LY call, at 4 p.m. (PDT), to ensure that I would commit to laughing for a second 20 minutes per day. I also committed to joining in on the other a.m. LY calls whenever I could, and to laugh alone while I’m driving or washing my dishes or whenever I remember! Hence, I’m now laughing at least a couple of hours a day.

I have also experimented playfully with laughing silently in crowds, gently laughing with everyone I meet, and many more things. When I laugh two or more hours per day, I remain joyful and positive throughout the day. I enjoy the most radiant physical, emotional and spiritual sense of well being than ever before through the laughter exercises and breathing in Laughter Yoga and am able to laugh away any resistance to what is.