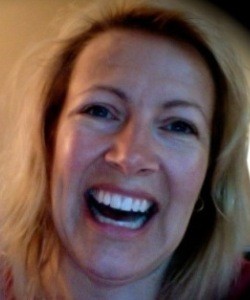 Recently, I visited an elementary school gymnasium with about 300 children from kindergarten to 5th Grade. As I work with behavior health facility and teach experienced based workshops and programs, I was invited to work with classrooms to encourage cooperation, communication and anti-bullying.

The youth were excited but were quite undisciplined, constantly disrupting the proceedings. In fact, even after being reprimanded by their principal, their behavior was not up to the mark. Faced with a real challenge, the principal requested me to teach them the value of discipline and team building, in the hope of bringing them around.

Initially, I was a bit panicky seeing the misbehavior – I had no idea how to control a bunch of rowdy youngsters who did not show respect for their own principal. I wondered what on earth a virtual stranger could do to turn things around. I had plenty of games and activities, but nothing that 300 kids in a loud gym, would be able to hear or could do without harm. It was an almost ridiculous request and I laughed out loud!

The laugh must have triggered me and my brain switched to “laughter mode”. I instantly smiled and yelled “REPEAT AFTER ME!” – I then clapped twice, and to my surprise they actually followed my instruction and clapped twice. Then I clapped thrice and they too clapped 3 times.

I saw many faces light up as they wondered what was next. I added ho ho ha ha ha… to the claps which they dutifully followed, and when I stopped; they too stopped – faces smiling & staring. I asked them to chant it all together with a big smile. They readily agreed and each request after that was filled with a joyful response. We also did some Laughter Yoga activities and I was truly surprised at the power of group smile & laughing. In a matter of moments, the youngsters were involved and showing happiness. No one interrupted or misbehaved during the rest of the assembly. It was really wonderful to see a group turn around that easily and quickly.