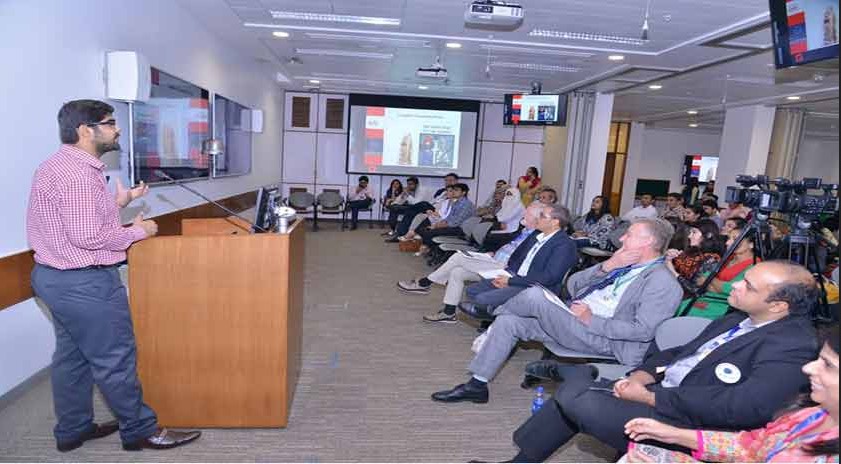 Laughter is the cheapest medicine and the most effective not only for health, but also for changing ones perspective towards life and people. Sarmad Soomar, a Laughter Yoga trainer in Pakistan, after joining Dr. Madan Katarias virtual Laughter Club on Skype, realized the efficacy of the whole concept of laughing without any reason.

It was a convenient option. People who were introduced to the team became part of the club in categories of different countries. A call was generated and self-initiated laughter and giggling were practiced. Though the timings varied, the meet-up was a routine. Totally convinced and highly inspired, Sarmad began a whole new virtual Laughter Club for the people in Pakistan, who for various reasons lacked awareness about Laughter Yoga. They hardly knew about the enormous health benefits of something as natural as laughter. In fact, even self-initiated laughter has been shown to reduce anxiety and stress. It is an ideal tool to lift mood states, overcome depression, calm obsessions, fight obesity, decrease suicidal tendencies, strengthen the immune system, keep the heart healthy and also work wonders during some forms of cancer.

Sarmad admits that it is difficult initially for people to accept laughter therapy, but once they give time to it; they can learn and practice the activity on their own. Even if they dont feel like doing it, practice and routine helps them to continue and reap the benefits. He has created many innovative laughter exercises, which stimulate the attention of the participants and keep them inspired.

Today, people face enormous stress and are at war with themselves. Laughter is a positive and powerful emotion which helps people to change themselves and to change the world in a peaceful and positive way. It helps create a positive energy which can change the consciousness of the globe for the better.