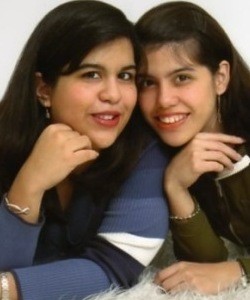 I am 31 years old and am working as an assistant to the coordinator of the Faculty of Communications at Universidad de Lima. I love my job but it is very stressful at times due to which, some years ago, I started having health problems like migraine, insomnia and skin allergy. As I had never had any allergy problem before, my doctor felt that daily stress was the most likely cause.

My younger sister was aware of my problem and one day while watching TV she saw an interview with a woman named Jacqueline Domhoff who explained how she battled cancer which was diagnosed a year and a half ago. At first she was obviously scared, but her doctor explained that if she wanted to defeat cancer, besides chemotherapy and other traditional therapies, she had to change her life style, which meant she must reduce her stress levels. He also recommended alternative medicine which led her to discover Laughter Yoga on the net.

She thought it was the right therapy for her so she contacted a Laughter Yoga leader in Mexico and they started practicing Laughter Yoga online using Skype. She said that the effect Laughter Yoga exercises had on her were so positive that she didn’t need to take painkillers. After some months the cancer had gone and she was so thankful to be alive and with good health that she decided that she wanted everyone in Peru to know about Laughter Yoga.

When my sister heard that, she asked me to attend the two-day Laughter Yoga class with her. Though I accepted, but honestly I was a little apprehensive. Well, on the first day, I realized I was in the middle of a group of strangers making funny noises and laughing like crazy. At first I thought – “What am I doing here?” but at the end, after the meditation, I felt peace inside me like I had not felt in months. My mind was clear; I was able to breathe normally. I felt all the stress had left me. That night I slept like a baby. On the second day, Jacqueline asked who would like to keep in touch with her to start the first Laughter Yoga Club in Lima. My sister and I raised our hands immediately and we have been friends with Jacqueline since then.

We meet every Saturday to practice and have lots of fun. We also helped Jacqueline create a facebook page (Yoga de la Risa Perú) and in more or less three months we have 382 people that like it. Jacqueline also has a website: www.yogadelarisaperu.com

It is written in Spanish, but Jacqueline wants to translate it into other languages in the future. We would be honored if you could join our facebook page and visit Jacqueline’s website. I would like to take this opportunity to thank you for creating this incredible therapy. It has certainly changed my life and I feel like a different person since the first time I had contact with it.