Laughter Yoga Helped me Grieve the loss of my Mother 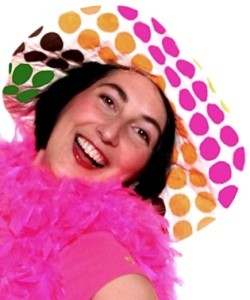 A few days after my mother’s hip replacement surgery, she reported some unusual symptoms to my dad, who took her to the emergency room. There, they discovered she had a life-threatening aortic aneurysm and the decision was made to transport her by medflight to a nearby hospital for emergency heart surgery.

As we anxiously awaited the outcome of her operation, I called the organizer of an event for which I was to do a Laughter Yoga program the following day. I had made a commitment to open the conference for the postmasters of Iowa with rollicking laughter. Yet in this moment of crisis, laughter was the last thing on my mind. The organizer couldn’t find a replacement speaker but offered to let me off the hook so I could stay at the hospital with my family.

Amazingly, my mom came through the surgery. Since the rest of the family could stay with her and she wouldn’t be fully conscious that day, my sister urged me to go ahead and speak at the conference.

What an incredible day, it was! Being able to go and bring joy and laughter to a mob of postmasters was just the lift I needed in that difficult time. They were so grateful that my husband I had come and many didn’t even know that my mom was in the ICU hanging onto life by a thread.

After the conference, I returned to the hospital and spent quality time with my mom. She was fully aware and appreciative of our presence with her. Two days later—after we’d left for the night—she fell unconscious and was not able to be revived. It was Mother’s Day weekend that my mother died.

In that moment, my life was irrevocably changed. The profound sadness of the loss was overwhelming. Grieving is so difficult because so many emotions flood you simultaneously. How could I face losing Mom? I really didn’t know.

The day after her funeral, however, I was at laughter club. People thought it odd that I could laugh in the face of such despair, but I said, “How can I not laugh?” Laughter is so healing, so life-giving, that I felt I needed to practice Laughter Yoga all the more in the depths of my grief.

As the months went on, I added more laughter to my daily routine. I began spending a half hour each morning doing the yoga breathing and laughing exercises that Dr. Kataria teaches at all his seminars. On top of that I practiced yoga nidra regularly for deeper healing. How I could have gotten through the worst of it without these practices, I have no idea. They gave me mini vacations from my grief—they revitalized me again and again so that I had the strength to do the arduous work of grieving. As a result, I am producing a laughter yoga CD which will walk people through these restorative practices. I’m dedicating it in loving memory of my mom. I know she would be proud.

In addition, the Laughter Yoga community supported me. I was so moved by the outpouring of kindness that I received from Laughter Yoga people around the globe. Students, fellow Laughter Yoga teachers, laughers I had met at conferences and events sent cards, letters, and flowers. I could feel the tangible power of their love as they continued to breathe and pray for me.

Perhaps most touching was that the postmasters I’d laughed with during my mom’s hospitalization sent me sympathy cards. I received over 40 cards from this group and since they’re postmasters, many included stamps as well. I had only met them once, but the laughter knit our hearts together and they became part of my family. They wrote such kind things, it made my weeping heart sing. Here’s one example:

“Thank you for leading us in Laughter Yoga at the postmaster’s convention. Your positive attitude was infectious. I wanted to be crabby and you wouldn’t let me. I wanted to mope and be sad about a bunch of things and you weren’t having any of that either. If you could be so cheerful when complications, illness, and the threat of death loomed over you, then all of us need to draw from your strength. I’m so sorry to hear of your mother’s death. I know nothing of your family circumstances but if you are the way you are because of your mother—you are sharing her gift to you with all of us. She shines in your laugh!”

It’s been a year and a half now since my mom died. I’m still not “done” grieving, but I am gaining more peace all the time. Above all, I credit Laughter Yoga with giving me the ability to walk through this dark valley to the light and happiness on the other side.

Laura Gentry is a master trainer of Laughter Yoga and an ordained minister in the Evangelical Lutheran Church in America. Her late mom is pictured below. More information can be found at www.LaughingLaura.com.