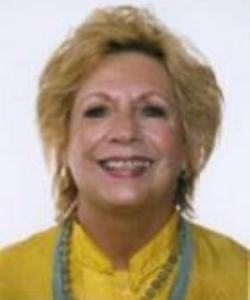 In January 1997, my thoughts of suicide became frequent and by April 1997 I was officially diagnosed with Clinical Depression. Over time my condition became severe and by this year I was spending over $400 on depression medication each month.

I first heard about Laughter Yoga on the American TV show ‘Dancing with the Stars’. It seemed delightful. Then on April 11th 2007, I happened to see LY on the Oprah Winfrey show. Even before the show ended I signed up for the May Sierra Madre training and tried to find a local LY group. The next day I met Jeffrey, a Laughter Yoga teacher who guided me to my initial session.

Just two months after my first Laughter Yoga experience on April 12, I had amazingly decreased the use of medicines by almost 80%. In fact, I’m completely free of all medication now and am saving over $400 each month. I sleep better than I ever have in 11 years; people tell me I look great, especially at 64! My life has undergone a remarkable change.

most common type of depression which is precipitated by outside circumstances, emotional disturbances, lots of love, financial loss, loss of family members, loss of love

this is the most severe type of depression where the cause is not known. It is due to lack of some chemicals in the brain.

this depression occurs due to change in the climate and seasons. People get depressed in winter, overcast, cloudy and dark days.

women get depressed when they are nearing the menopause. This is due to change in hormone levels. Hormone replacement therapy helps.