Laughter Yoga Gave Me My Mission – Empowerment Through Laughter 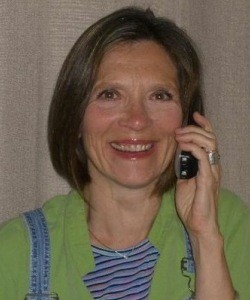 My true nature is playful and I laugh easily. Yet, since my high school years, I became serious. I squished my joy and laughter inside and shared it only with people very close to me.

I found out about the laughter movement in September 2006 from my friend Sarito Sun. I attended her Laughter meditation class and laughed so hard that tears were rolling down my cheeks and my belly ached. Instantly, I knew this was exactly the right path for me – being free to express joy and playfulness through laughter. A few days later, I participated in the First Laughter Yoga Conference and CLYL training after which I started my Laughter Yoga Club and also launched Laughter Yoga On The Phone.

A couple of years later, I attended a teacher training with Dr. Kataria and for the first time met the people I had laughed over the phone with for months. Laughter Yoga has really transformed my life. The life I once called awesome became even more amazing and keeps expanding to new states of awareness and bliss.

In the past 4 years, I have laughed more than in all of the previous years of my life.

Because of Laughter Yoga – Laughter became my spiritual practice, my daily companion, the best medicine, an answer to challenges and problems, a breath of fresh air, a true inspiration to fully express who I am at the core of my being, a lullaby at night before I go to bed and much more.

Because of Laughter Yoga and daily laughing I reconnected with my true essence of joy and playfulness and now know my life’s purpose on another deeper, more intimate level.

Laughter Yoga helped me to meet wonderful people and make new friends. In 2008, I was honoured to bring the gift of laughter to Poland and to train Laughter Yoga leaders in my home country.

Laughter has brought more playfulness to every aspect of my life. My marriage became more playful and my husband, Kevin joined me on this journey I am so passionate about. Laughter affects my art and my coaching practice—it makes me a better coach and allows me to express with more freedom and playfulness as an artist.

Because I laugh daily my lungs and diaphragm work better and I have dozens of new happy laugh lines on my face in addition to having better digestion and a giggly attitude.

I feel younger; I look healthier, and I am a better being.

Founder of Laughter Yoga On The Phone