From A Serious Legal Person To Laughter Champion 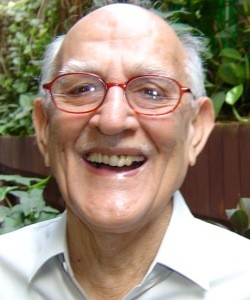 I want to share my journey from a serious Company Secretary to a Laughter Champion. I lived in the same building as Dr. Kataria in Mumbai. I was a very serious and introverted person, and hardly laughed. I worked as a Company Secretary dealing with law and legal matters, and barely had a sense of humor, but today, I am a ‘Laughter Champion’!! This amazing transformation took place way back in 1995 when I joined Dr. Kataria’s Laughter Club in Mumbai. I was very hesitant initially, but when I saw so many people laughing, I soon found myself laughing like never before. I started enjoying my laughter, and with each day I got even better.

In 1997, it was by sheer chance I participated in a Laughter competition held in Mumbai. I never intended to participate, but at the last moment, I had no choice as one participant went missing. To my surprise, I was adjudged the ‘Best Laughing Man’. My self-confidence got quite a boost, and I again repeated the feat at the next Laughter championship held in Goa during first All India Laughter Convention. When people asked me the secret, I told them I did not laugh only as an exercise, but that I really enjoyed it. Seeing my continuous winning spree, Dr. Kataria made me a judge!

Laughter Yoga has affected different areas of my life. First of all, I am laughing much more than I used to, and my sense of humor has gone up significantly. The level of playfulness has increased and I enjoy the funny moments of life. My stress levels have gone down, and I’m full of energy throughout the day. Besides this, I am much more generous, helping people with my time and efforts. Earlier, I used to get angry and irritated at small things, but now, the regular irritants of life do not bother me. Laughter Yoga has also helped me to express my emotions freely, and keep my state of mind more positive. The level of life satisfaction has gone up, and I don’t get much negative thoughts and also I don’t react negatively to other people’s behavior and attitude.

Laughter Yoga helped me the most when I was going through a very difficult time of my life. My wife was sick and bedridden for nearly 2 years, and laughter helped me to keep a positive mental attitude and cope with the situation.

It is never too late to join a Laughter Club. One can easily learn to laugh; it does not matter what the age is. I was 72 when I joined, and today I am a young man of 86! I still run a Laughter Club in Pune, and enjoy my laughter sessions every day.