Accepting All That Is As It Is Through Laughter Yoga 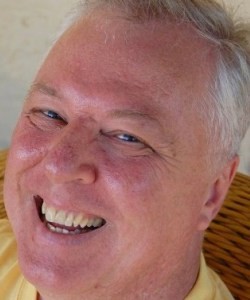 I have had a dramatic life. Like many people who have had dramatic lives with genuine suffering and trauma, I became addicted to drama as a normal way of living with no proportion or sense of perspective. And, like many people, I thought, I must have healing; I must discover the meaning of my suffering and search for a new path in how to live – but how? As soon as I asked myself that question, Laughter Yoga came into my life. One day on my way to the dry cleaners, I passed by the yoga studio in my neighborhood. There was a poster in the window advertising a 3-hour Laughter Yoga workshop, which I immediately signed up for.

Of the many things that I received from that first session of Laughter Yoga, two things in particular had impact: One, I could laugh without having a context to laugh. I could laugh for laughter’s sake. Before, I always thought I couldn’t laugh unless I had a reason to laugh. That meant I was waiting for permission to laugh. Laughter Yoga showed me I could allow myself to laugh anytime I wanted.

The second thing that fascinated me was when all of us in the workshop were laughing together; there was no separation between us, no individual identities. There were no individual differences. Nothing existed but laughter. It was the quickest, most fun way to being in a meditative state of non-duality I had ever experienced.

In January of 2011, I got very sick with a respiratory viral infection, and nearly died. I told you I was dramatic! I was in a coma for nearly two weeks, on life support with machines breathing for me, and my very practical sisters started talking burial vs. cremation for me. Once out of the coma, I was still bed-bound, too weak to barely move.

During this time, my friend Stewart came to visit me nearly every day for the remaining weeks I was in the hospital. Every day we laughed for at least an hour, and sometimes two. I know that the laughter was a great healer for my lungs, strengthening them, opening them up for deeper inhalation and exhalation, restoring them. The laughter was also a terrific aid in clearing out the fog of the coma I had been in. I made recovery in my cognitive abilities to comprehend and speak and remember in great leaps and bounds. And, all of our laughter helped me put me in a positive mood where I wanted to push through my physical rehabilitation so I could come home.

Most importantly, sharing my life story with Stewart and laughing brought much healing to my spirit. As I said, there have been genuine traumas in my life–childhood sexual abuse, the suicide of my father and brother, financial problems, and the heartbreak of loving relationships gone angry and bitter. Laughter Yoga is not about laughing at or laughing about or even laughing with such things. Nor is Laughter Yoga is about denying or minimizing or ignoring such things. What I experienced is that Laughter Yoga allows everything to be just as it is, and then invites laughter into the same space where all these things exist.

Laughter Yoga has shown me that I do not need to be healed, that life is not a matter of having to make a great struggle all the time, or that I have to be in some continuous, relentlessly positive frame of mind where I am “above” or “transcended” from all the hard and sad aspects of life. Laughter Yoga is a gentle, easy, enjoyable pathway towards accepting life as it has been in the past and as it is in the present and as it unfolds towards the future. More and more, “And now I laugh” is my mantra as events and emotions–big and small, sad and happy, major and mundane–occur in my life.

I am truly humbled and privileged to experience how rich life is, how it encompasses this amazing range of the most painful heartbreak and also great, heart-felt, wonderful joy. What gifts all our lives are! Laughter Yoga has generated gratitude within me for all of it!

And now I laugh.